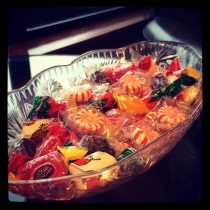 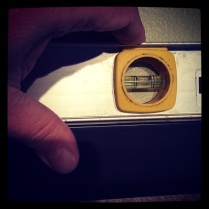 My Sunni Muslims landlord, Jihad, was frowning when I stepped into his candy shop for a visit. He regularly helped me practice my new Arabic vocabulary, if I came before the daily rush of kids on their way home from school. That particular day, the green bathroom cabinet sitting in front of him on the sales counter distracted him.

“What’s wrong, Jihad?” I asked, after the customary exchange of greetings.

He pointed with his open right hand at the piece of furniture, and gave it a sidelong glance. “I just picked this up from the painter down the street.”

“What’s the problem? It looks like he did a good job to me.”

“But I told him to paint it white!” Jihad exploded. “When I complained, he told me that he thought it looked better green and tried to convince me to agree with him.”

I joined Jihad’s outrage. “You didn’t pay him, did you?”

The Need of The Many Outweigh The Preferences of The Few

The painter was likely a relative of his. His business probably suffered in the bad economy, and he may have only had green paint on hand, without money to buy white. Jihad had resigned himself to accept the wrong color in order to recover his property from its overdue captivity in the paint shop. A green cabinet was better than no cabinet at all.

I couldn’t imagine this situation ending in any way other than a lawsuit back home in the States (maybe a fistfight and then a lawsuit).

It wasn’t that Jihad didn’t have personal preferences. His outburst demonstrated that clearly. But community-centered values allowed him to give up the right to have things the way he wanted them.

I think Jihad was aptly named. Most westerners learn from the news that the word Jihad means “holy war.” Of course, it can mean that, but the simple meaning is “to exert influence.” My friend had indeed won out in his internal struggle to keep the peace.

For myself, I probably wouldn’t have minded making enemies if it wasn’t quite the right shade of white that I had expected.

Some people would call that perfectionism. I’m a perfectionist. It sounds like a positive trait, as if I’m always working toward the betterment of things. Truly, perfectionism is a term spoiled brats like me use to make ourselves feel better about our selfishness.

Things in my life are the way I want them to be, most of the time. I wonder what quality of community I could be enjoying if I preferred other people’s preferences more often.

What about you? Do you choose lonely perfection or compromised community by the actions you take in everyday life? Are there other options?